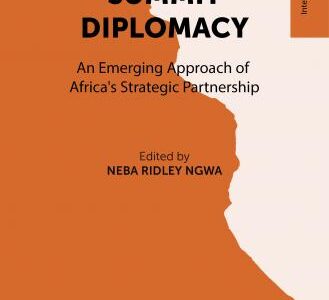 This book is part of a project launched by the Africa Foundation in September 2019. The book focuses on continent-country partnerships organized under the framework of international summits. It exclusively reviews the successes and pitfalls of the summits organized between Africa and its strategic partners. One of the key features of the African Union lies in its 2063 vision to build “an integrated, prosperous, equitable, well-governed and peaceful Africa that represents a creative and dynamic force in the international arena”. Within the framework of Agenda 2063, the African Union aims to promote Africa’s position in international politics, gain support to realize her objectives, increase Africa’s international standing, decolonize international relations, and aim to position African states an equal partner within the geopolitics of their region and in the world.

The new 2063 vision focuses on the need to cooperate strategically with other regional groupings and states. Consequently, between 2000 hitherto, AU has endorsed a series of ground-breaking partnerships predominantly with the emerging powers of the south. These partnerships include the Africa-China forum, Africa-South America, Africa-South Korea, Africa-Turkey, Africa-Italy, and recently Africa-India. The increasing number of country-continent summits with new actors is growing evidence of an emerging approach of Africa’s Strategic Partnership.